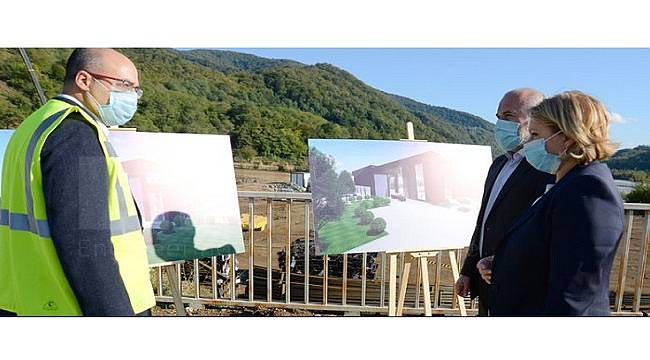 ENKA’s Namakhvani HPP Cascade Project hosted the Minister of Economy and Sustainable Development of Georgia and the Governor of Imereti at the construction site in Tskaltubo Municipality. The preparatory works for the project began in May 2020 and is currently underway at four construction sites.

The comments of the Minister were as follows:  “Namakhvani HPP project is the project of the century in energy. This is a very important large hydropower plant with an installed capacity of 430 MW; Large foreign direct investment in the amount of $800 million, carried out by the Turkish company ENKA. But the most important thing is that this is a very big contribution to Georgia's energy security, because after the completion of construction, almost 12% percent of our domestic consumption will be provided by our own generation. More importantly, it is the great employment and prosperity that this project brings to the local population. Up to 1,600 Georgian citizens will be employed at the peak. Apart from energy security and large investments, it is important that the investor initiates various types of social projects and this is one of the good examples when such a large construction project can be implemented with the involvement of the government."

Surveys in the eastern Mediterranean